Achieving the Commitment for a Cohesive Team

In this series: Building a Cohesive Team, we have identified that trust is the foundation to building a cohesive team; and the crux of sustainable team success.  Following trust, is conflict-healthy conflict. Teams can naturally achieve commitment because of healthy conflict. 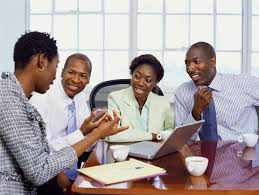 Think about the last time you were engaged in a staff meeting and you had a strong opinion that differed with others. How did you engage? Did you express your views? Did you listen to differing opinions?  If you felt safe enough to express your opinion and believed that you were heard, it is safe to say that you were more likely to commit to the decision of the team. While differing opinions can create tension, it is the passionate discussion and the feeling of being heard that allows members to commit to what is best for the organization.  Conversely, seeking to build consensus has the opposite effect. Achieving commitment results from the discussion, not consensus.  When colleagues nod their head to move on with the process or have the real staff meeting outside of the actual meeting, commitment is not likely to be achieved.  Some examples of what it looks like when a team fails to commit are: ambiguity among team members regarding direction and priorities, excessive analysis and unnecessary delay in achieving results, lack of confidence, a fear of failure, second-guessing among the team, revisiting discussions and decisions repeatedly.

There are two separate but related concepts that make achieving possible: buy-in and clarity. Buy-in is the honest emotional support for a decision.  Clarity requires that teams avoid assumptions and ambiguity. Further, clarity enables teams to end discussions with a clear understanding of their final decisions. Good leaders drive commitment among the team by first extracting every possible idea, opinion, and perspective.

Contact us today and learn how you can begin to transform your organization, one team at a time!